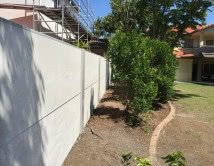 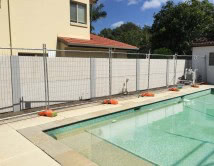 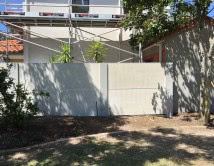 Residents at this Coolum home were hit with a problem when they wanted their structurally unsound back wall rebuilt. A new wall couldn’t simply be built to replace the old one as  the exisiting footing was too difficult to remove. The Maroochydore team instead opted to build a sturdy Modular Wall. Unlike other fences and outdoor walls the Modular Wall simple requires the supporting posts to be cemented into the ground. The new Modular Wall has left the residents happy and relieved that they no longer have to worry about a structurally unsound wall in their garden.